What Is A Frappuccino?

Frappuccinos are iced coffees, typically flavoured with syrup. Specifically, ‘Frappuccino’ is a trademarked name used by Starbucks (though most coffee places serve similar iced coffees, especially during the summer).

The Frappuccino – A Brief History 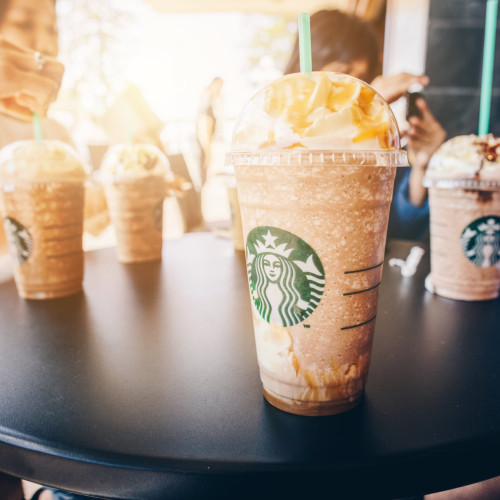 Before we look into Frappuccinos themselves, however, we need to look into the slightly older frappe, or Greek iced coffee. If you’ve ever spent a hot summer’s morning beachside on any of the Greek islands, you will likely have seen them – I once sailed from Kos to Rhodes, stopping at a few islands in between, and had at least one every morning in various harbours.

A Greek frappe is a Greek iced coffee drink, invented by Dimitris Vakondios, a Nescafe representative, in Thessaloniki in the fifties (about fifteen years before the first Starbucks store was opened). It is now a strong part of their café culture and you will find them readily available to order in pretty much all coffee shops.

The Greek frappe is made by whisking together instant coffee, sugar, milk and water, and often topped up with crushed ice. I make them every year to satisfy my caffeine habit when the summer months hit.

Starbucks’ Frappuccino – and most modern frappes and iced coffees – follow a similar template. Starbucks’ version is made using a few pumps of a flavouring syrup called ‘Frappuccino Roast’, which is made from water and powdered instant coffee (and other, undisclosed ingredients). This is then blended with ice, milk and usually a squirt of one of their other flavourings – vanilla works particularly well.

You can also get black coffee versions (my favourite) which is just the basic syrup, ice and water blended together. 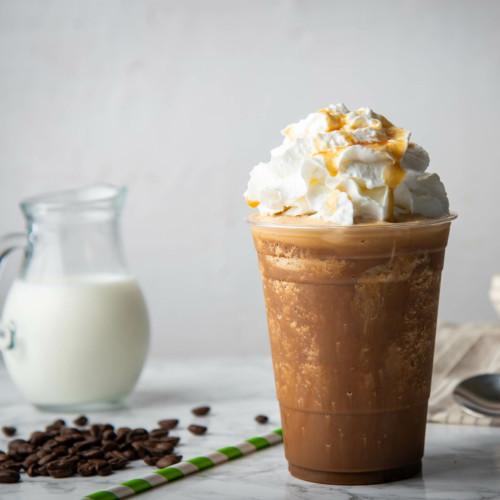 This isn’t to say that commercial Coffee Frappuccinos and their ilk have coffee in them… or not entirely. As above, the flavouring is instant coffee, water and further, trademarked ingredients, with various drizzles, toppings and syrups added for good measure. Unless you go to an artisan place – or, like me, make it yourself – you won’t get any espresso in them.

Personally, I like to blend hot espresso with cold milk, honey and ice, and serve as it is. You can also use cold espresso if you plan ahead.

Frappuccinos are growing more popular in the UK. You can generally buy one from spring through to the end of summer on most high streets. Pretty much all Starbucks serve the real deal, whilst many other places will sell frappes and iced lattes.

However, they are far more popular across the pond. There is far more variety in American Starbucks, with around 30 different styles of Frappuccino available in pretty much every store. This is limited to 6 in the UK – quality over quantity, I like to think, though this might be simple native bias!

In the UK, most Starbucks stores will offer the following: 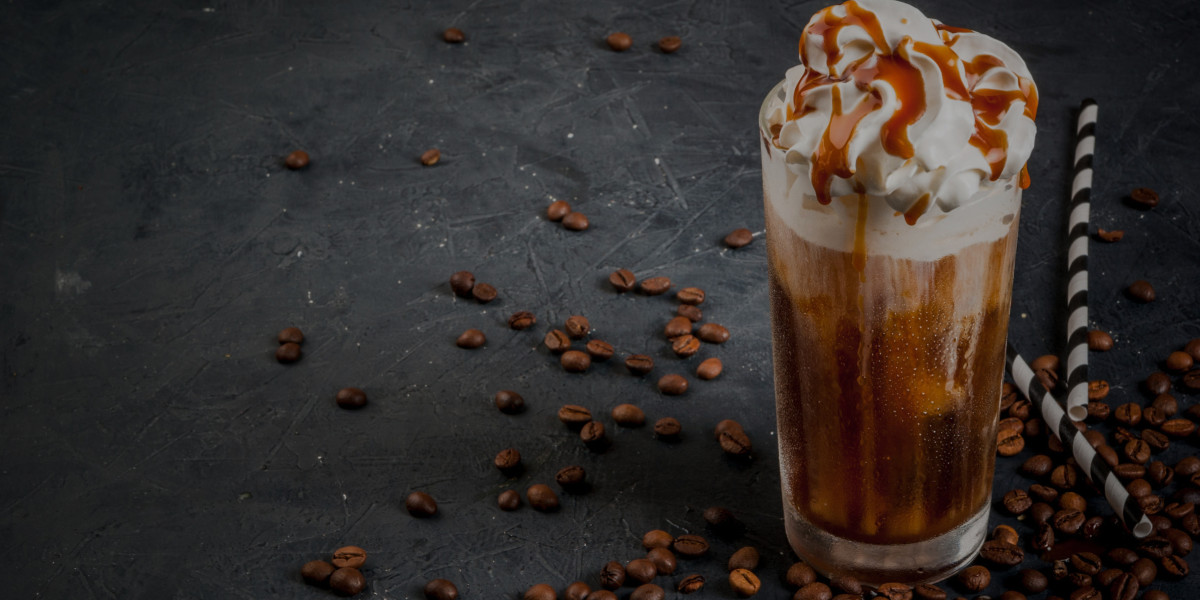 It’s All Greek To Me – Frappes Versus Frappuccinos

So, what’s the difference between the modern Starbucks Frappuccino and the Greek frappe?

Well, there isn’t much of one at all, to be honest. That’s why you don’t have to go to Starbucks for one – any high street coffee chain will do you a frappe that will be all but indistinguishable from the Frappuccino.

They are all cold, made from blended ice, milk and some form of instant coffee, usually with some kind of flavoured syrup and whipped cream thrown in for good measure (outside of Greece). They are all much of a muchness – six of one, half a dozen of the other, and all that. The only real difference is that the ‘Frappuccino’, as a proper noun, is a trademarked name.

Make one yourself at home using a coffee syrup of your choice, some instant coffee, milk and ice, and you’ll end up with something that works just as well.

If you want to get finicky, the Greeks use a teaspoon of instant coffee, sugar to taste and 40 ml of cold water. This is then whisked by hand into the frothy frappe. But use the quantities you like and throw it into an electric blender – you will get a lovely drink.

Also, in Greece, you won’t usually get any add-ins – no flavoured syrups, whipped cream, fancy toppings, or anything like that. Just coffee, sugar, water and milk.

However, though this may not sound as exciting as a Caramel or White Chocolate Mocha Frappuccino, you will usually be sipping a Greek frappe by the sea, with white sand, blue water and a hot sun beating down on you. It sort of wins, really.

Tips When Ordering or Making At Home

I’ve hinted at this already, but I’ll spell it out. The weird, synthetic-tasting syrup that Starbucks call their ‘Frappuccino Roast’ can and should be substituted for something better. Most high street places and coffee chains will use something similar.

Rather than going for these, you can ask for an espresso shot or two instead. Any barista worth their salt will do it in a trice. It gives a richer, more authentically ‘coffee’ flavour, and will give you more of a buzz as well (unless you go de-caff – always an option).

The hot espresso shot won’t make much of a difference when it’s plunged into cold milk and blended with a cup of ice.

Consider adding your own sugar for a pick-me-up, or just enjoy the natural sweetness to be found from the milk’s lactose playing counterpoint to the heady roast coffee.

This will make it easier to create a DIY Frappuccino. Use either an espresso machine or Moka pot to brew a single shot of espresso, then simply blend it with milk and ice. It couldn’t be simpler.

I also mentioned above that some Frappuccinos can come out like milkshakes. They can. However, there will be a difference in consistency. Most milkshakes are made at least in part with some form of ice cream. Frappuccinos and frapes are not – it’s simple whole milk all the way.

However, if you’re making one from home, and you have a sweet tooth, this needn’t be the case. Throw a scoop of your favourite flavour ice cream into the blender with an espresso shot and some ice (note, vanilla, caramel and chocolate all work well; fruity flavours do not). You will have a perfect coffee milkshake to take the edge off a tiring, sweltering afternoon.