What Is A Lungo Coffee?

It is a phrase that you will have seen many times, but perhaps without really understanding exactly what it means – a lungo coffee. Well, not for the first time, people that speak a number of different languages have an advantage over the rest of us; ‘lungo’ means long in Italian, so we have a pretty good clue there.

In fact, a lungo is basically just a long espresso. They are always made using an espresso machine, or these days with a pod coffee machine. In fact, I am pretty confident that you would have first heard the term ‘lungo’ after you first used a Nespresso machine as their pods tend to come in two sizes; espresso or lungo.

What Is The Difference Between A Lungo And An Espresso? 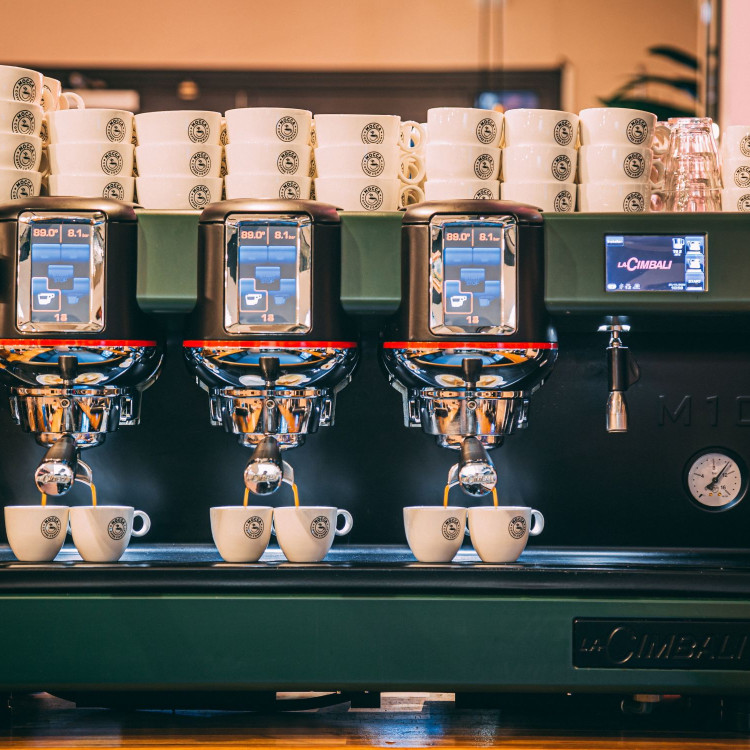 Well, we already know that a lungo is a ‘long espresso’, but what does that mean? How much ‘longer’ is it? And how does that affect the taste? Once we’ve established this, it might give you an idea as to whether a lungo is the right drink for you.

First of all, the ‘longer’ aspect refers to both the size of the drink, and the amount of time that it takes to ‘pull’ through an espresso machine. While an espresso can be made in between 18 and 30 seconds, a lungo tends to take much longer, sometimes up to a minute. An espresso will usually measure around 25 to 60 millilitres, whereas with a lungo you’re going to get around 130 to 170 millilitres.

The amount of time and water that you will want to use for this process will all depend on what sort of beans that you are using (you will usually want Arabica, Robusta or a blend of the two), as well as your personal preference on strength and the pressure of the machine.

So what does this do to your drink? Well a few things, really. Most importantly is the taste – with the extended extraction process, there is a slightly harder, more bitter taste to a lungo. The longer the water is passing through the coffee, the more it extracts. This also means there is slightly more caffeine in a lungo than in an espresso, but to be honest the difference is so small that you won’t really notice it.

Obviously, there is more water involved in a lungo, so the taste is less intense. You also tend to get less crema on top. Despite the numerous similarities between the two – the way they are made, the beans that are used etc, espresso and a lungo are very different drinks.

What Is The Difference Between A Lungo And An Americano?

So if a lungo coffee is a bigger version of an espresso, it must be like an americano, right? Nope! The difference is all in how the drink is prepared, and what happens to the coffee. 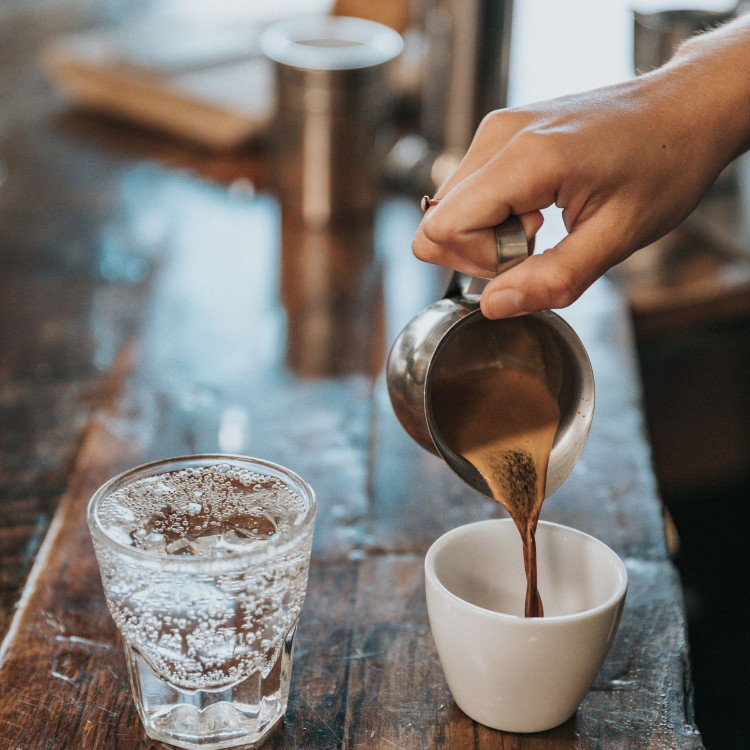 As we’ve already seen, a lungo is effectively an espresso that is drawn out over a longer period of time, and with a little bit more water. An americano is a little bit different – you start by making an espresso, but in order to give it the extra volume you simply add hot water (usually four parts water to one part espresso). With a lungo, all the water is passed through the coffee, whereas only a fifth tends to be with an americano.

This has a number of different consequences. First of all, the crema is completely dissolved when you add the hot water, as opposed to a lungo where you can have a small amount left. The addition of water dilutes the flavour, obviously, and takes away any bitterness from the espresso. While a lungo has a much milder flavour in comparison to an espresso, it is still much richer than an americano.

Americanos tend to be made with much more water than a lungo, so you get much bigger drinks – some of the sizes that you can order in the high street chains are ludicrous! As a general rule, there is a much stronger and deeper flavour when you have a lungo, but of course you can make americanos stronger by adding more shots of espresso and altering the amount of water you add. There is much more room for customisation when you drink an americano as opposed to a lungo.

As I alluded to earlier, the first time that I came across the term ‘lungo’ was when I was using my Nespresso machine at home. On most of their machines, there are two little buttons with two little symbols – a small coffee cup for espressos, and a slightly larger cup for a lungo. Having spoken to a few people, they had no idea what this meant other than that you got a bigger drink with the lungo button, so I thought it would be worth mentioning. 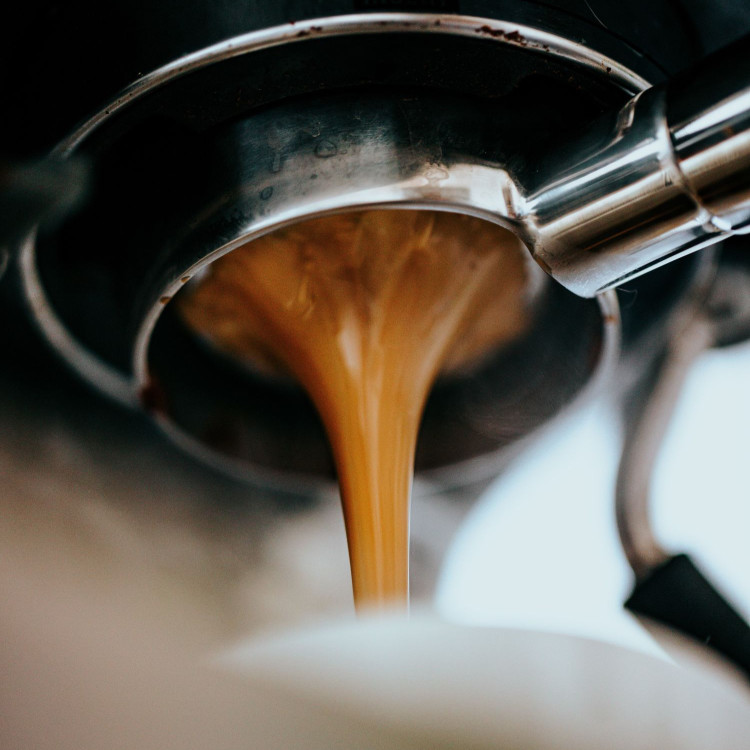 It isn’t simply a case of one being a bigger drink than the other – there are pods specifically designed for use with the specific settings (either lungo or espresso), so it is important to use the right ones if you want the best tasting coffee. They work on similar principles to traditional espresso machines – the lungo setting will take longer to extract the coffee, and produce a bigger drink (110ml as opposed to 40ml for the espressos).

If you were to use an espresso pod with the lungo setting, you will find that you get an over extracted coffee, that will taste much more bitter than intended. If you wanted to make a ‘longer’ drink, but you only had espresso pods to work with, a much better idea would be to go down the americano route – make an espresso and then add hot water to it.

You can also buy pods that are specifically designed for making lungos for the other brands of coffee pod machines that are widely used in the UK. For Dolce Gusto there is quite a wide range that are available, and you will find that you will need a ‘water level’ setting of 5 or 6 for these pods (as opposed to 2 for an espresso).

For Tassimo pods, the main two options for a lungo coffee are made by L’or and Marcilla Cafe. With the Intellibrew technology, you don’t even need to worry about settings or anything like that – you can just put the pod in and press go to make the best possible lungo.

Should I Drink Lungo Coffee?

I love black coffee. Given the choice, I would nearly always have a strong black coffee to start my day. As such, I am a huge fan of lungo coffees. They are a great way to satisfy my urge for a delicious coffee, and they are easy to make, and pretty quick to make too.

I appreciate that they won’t be for everyone though. If you love a delightful, light milky coffee, you may find a lungo to be a little too bitter and strong for you. If you like a rich, flavourful drink though, a lungo could be the one for you. The longer extraction really helps to bring out all of those flavours within the beans, so you get a lovely deep flavour.